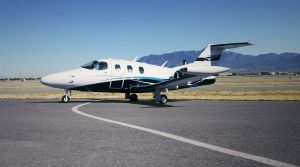 Private jet operators are noticing that as executive aircraft get bigger, faster and with longer-range capabilities, the demand for parking, hangar space and landing slots is causing problems. There is a widespread call for improved infrastructure to allow some flexibility within the flight plan.

Flight planning involves many thousands of minute calculations, including slot management and route management and as executives fly to further-flung destinations with fewer facilities, parking problems are causing increasing headaches for operators.

Many International airports are unprepared for the volume of business jets, having been designed 10-20 years ago when business jets were traditionally smaller.  This has resulted in rising parking charges and, in some cases, limited slot times that require faster turnaround times on the ground and parking elsewhere before returning to collect the owners.

Flight planning must take all these factors into account and is a service that is offered by third-party providers for business aviation. Most individual owners cannot afford the luxury of a full-time planning department as commercial carriers employ. Flight planning providers, such as ARINC Direct, specifically cater for private jet operators, whether with one aircraft or an entire fleet.

Manufacturers are working towards making improvements to the infrastructure of business aviation, Gulfstream, for example, opened the first service centre in Asia; in Beijing, and has added four full-service airport centres with maintenance and hangar facilities exclusively for business jet aircraft. Earlier this year Bombardier opened a service centre in Singapore, realising that growth will spell more demand. 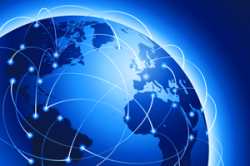 Following the disappearance of flight MH370, Malaysia Airlines are suffering from the biggest financial crisis in its 40-year history. The airline had experienced losses for the past three financial years, but was beginning to recover to a break-even point in 2014 until the tragic disappearance occurred. The airline recently released figures that revealed a record $138million loss for the first quarter.

Needless to say, Malaysia Airlines are looking for ways to reduce operational costs if it is to recover and indeed survive for the next 12 months. The company are committed to examining every area of operations in a bid to save money and have a plan in place to implement measures that could bring them to a break-even point in 2015.

This month will see the retirement of the final Boeing 737-400 aircraft in the MAS fleet, being replaced with the more fuel-economic and lower maintenance 737-800s. Also, the airline plan to introduce business class seats with a reconfiguration of the cabin spaces to produce higher revenues and plans for the purchase of Airbus aircraft have been put on hold for the time being.

As competition grows within the industry, airlines all over the world are looking closely at operational spending, and in that respect, MAS are not alone. Both commercial and business carriers can save money in many areas of productivity, including messaging costs, which can run into tens of thousands of individual messages each day. Companies such as ARINC offer consultancy services specifically designed to tailor messaging packages to help airlines to cut costs.

“We have to look at the business model that will allow us to be sustainable over the next 40 years,” said Hugh Dunleavy, MAS director of commercial operations.

Following EASA regulatory approval, France’s Dassault Aviation have gained an industry first with the launch of their training academy, which will offer Part 147 practical training.

The training program will illustrate the necessity of allowing trainee aviation technicians to gain practical experience, which will then permit them to obtain the EASA rating certificate.

Dassault aim to stay ahead, in light of new regulations and new technologies coming into play within the business aviation industry. They constantly strive to develop training programs that will continue to meet future needs of their operators.

The new training centre running the Practical Training Program is located in Bordeaux, France and makes Dassault the first OEM to offer this level of training and support.

Weather Services International (WSI) has announced a new platform in its aim to further improve aircraft efficiency and safety. The new WSI Business Aviation Solution platform combines tools such as weather and flight information, operational data and airspace constraints, offering those tasked with making operational decisions a comprehensive view of this vital data.

WSI’s information systems are currently in use by over 130 commercial airlines on over 55,000 daily flights and have three main platforms; each targeted to fulfil distinct data requirements.

Up-to-the-minute weather data is critical to flight safety, to facilitate swift decision-making on the flight deck and flight support teams on the ground. Other providers, such as ARINC Direct, bring radar data information outside the U.S. to business aviation operators; the only providers to do so.

Working as the professional solutions arm of The Weather Company, WSI is able to alert aviation to multiple hazards en-route, providing information on anything from turbulence, icing and convection right through to the less frequently encountered presence of volcanic ash.

IRIS on the move technology (IOM) offers the potential to deal with increasing passenger numbers; reducing both the time it takes to pass through border control and the solving the problems associated with attempting to identify passengers in a busy or limited environment.  Offering non-contact technology, the simple walk-through design of the IOM PassPort SL is able to capture both dual-iris and facial images, without a requirement for the passenger to stop.

Similar benefits can be readily applied to vehicle access points with the IOM PassThru™Drive-up Iris Recognition System, which can replace RFID cards, and can link drivers immediately to their known identity, with the added advantage of being able to record events. In fact emaratech believe the system will become increasingly popular for identification management in many high-traffic environments, including general transportation, employee access and public events.

Growing demand for business flights both from and within Africa has led Dassault Aviation to announce the appointment of Olivier Zuber as its new International Sales Manager.

Working for Dassault since 2005, Zuber has filled a number of key roles at the company, most recently as the Dassault Falcon Jet Corp. Marketing and Business Development Manager for India.

Falcon, a wholly owned U.S. subsidiary of France’s Dassault Aviation, is responsible for marketing the entire line of Falcon jets throughout North America, South America and the Asian Pacific Rim, including China. Over 2,500 Falcon jets have been manufactured since production of the initial Falcon 20 in 1963, with the latest addition to the range being the Falcon 5X.

In that time Dassault Aviation has grown to employ some 11,000 workers both in France and the U.S. Demand for Falcons has doubled in Africa alone in the past five years and the company has also introduced a fighter jet, the Rafale, to its stable of aircraft.

With a Master’s Degree in Engineering, and experience in both Falcon’s flight centre and customer service sections, Zuber will now move from Dassault’s Indian liaison office, based in New Delhi, where he has spent the last three years.

Following his move to the French headquarters in Saint-Cloud, Zuber will report to Dassault’s Sales Directors for the African market, Alain Lemee and Gilles Apollis. Vice President of Falcon Sales, Gilles Gautier, welcomed  Zuber to his new role saying, “Olivier’s extensive experience with the nuances of the business aviation industry in various regions make him the ideal choice to develop leads and spearhead new sales opportunities in the emerging economies of Africa.”

Flight planning takes into account many factors, including fuel consumption, weight, air speed and weather considerations, to name but a few of the thousands of calculations needed.

Flight paths are fixed, but as the airways become congested, and the population on the ground grows, the possibilities for further expansion of flight paths need to be explored more fully. The modern airline operators are coming under pressure from authorities, regulators and indeed the public, to reduce noise and pollution levels, but greater service and more flights.

Birmingham airport has announced plans to trial two alternative flight paths in preparation for an Airspace Change Proposal, required due to a proposed extension of the runway.

The airport has already submitted its preferred route, “Option 5”, to the Civil Aviation Authority, a flight path that it says covers mostly open country, avoiding Barston village.  However, this option was greeted angrily by the residents of Balsall Common who were not placated by the airport’s claim that although aircraft would be closer to Balsall Street East, they would be flying higher at that point, due to the area’s distance from the airport.

Now, however, it seems that Option 6, proposed by Balsall Street East, Balsall Common residents and calling for the route to pass closer to Hampton and Barston, may become a reality. For seven months, starting April 2014, both options will undergo trials designed to test precise navigation procedures (RNAV).  Although the trials do not constitute a further consultation process an airport spokesman said they would enable the impact to be objectively assessed to, “help make a more informed decision on the most appropriate option.” 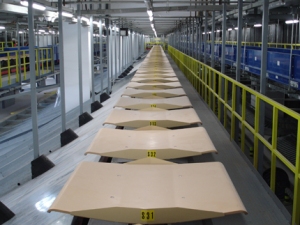 A new report by Global Industry Analysts, Inc (GIA) titled ”Airport Baggage Handling Systems” has focussed upon the rapid growth in the industry in the last few years.

The continuing rise in air traffic, and the emerging markets of developing countries is encouraging operators to build or upgrade terminals to increase capacity, and concomitant with this is the installation or upgrade of baggage handling facilities.

The trend report offers a useful, if brief, insight into the corporate initiatives and developments of key players in the baggage handling industry, looking at their products and analysing their prospects for growth.

The report covers a wide range of companies including: Rapiscan Systems, Aanestad AS, Daifuku Co. Ltd., JBT AeroTech, Portec, Logan Teleflex Ltd., Glidepath and Siemens AG.  Key markets, such as Asia-Pacific, are also discussed, together with projections and estimates for global projections to 2017.

The National Business Aviation Association (NBAA) has responded to the new rules implemented by Mexico’s National Institute of Immigration for reporting of Advanced Passenger Information, saying their application to private flights arose, “primarily from a need for enhanced security measures in Mexico, as well as a desire for better accounting of taxes paid by arriving and departing passengers.”

The NBAA has also updated its own APIS (Advance Passenger Information System), developed in conjunction with ARINC, to comply with the legislation. Several third-party companies, amongst them Universal Weather & Aviation and FltPlan have stated that they are also able to help customers comply. The regulations require reporting to occur electronically within 30 minutes of departure if a flight will take more than an hour, whilst shorter flights must be reported after the doors have closed.

Executive jet travel is set to increase with between 6,500 – 10,000 private jets predicted to be purchased in the next 8 years. The reasons for its popularity are clear; speed and comfort will always appeal, but on-board communication systems on modern jets can offer a further inducement to business travellers – the ability to offer all the communications capabilities of the office.

Satcom1, an aeronautical satellite communication solutions provider has stated its commitment to extending these capabilities to helicopters in 2014. Not such an easy task, as CEO and Co-founder Karina Larsen explained. “The challenge has always been to manage the rotor wing, so we had to redesign the network in a way that it compensates for the fast interruptions.” The resulting improvements will impact helicopter travel in many ways, from providing the communications data necessary for a TV, to fulfilling the complex requirements of service craft.

As the private aviation industry grows, particularly in emerging markets, Larsen has stated Satcom1’s intention to further develop. With its current business in the Middle East steadily increasing the company is now looking to the potential offered by Asia and Brazil, the latter already being home to Embraer. Of the other BRIC nations, Larsen says that only Russia has the required infrastructure. However, there is certainly a demand for satellite communication technology in aviation and Larsen expects that Satcom1s’s ability to provide complete solutions will leave it well-placed to capitalise on every opportunity as new markets emerge.