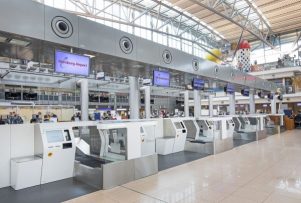 Passengers flying out of Germany’s Hamburg Airport with KLM, Air France and easyJet, will now be able to enjoy an enhanced travel experience with the introduction of ten Self Bag Drop kiosks, unveiled officially for use last week.

The Director of Aviation at the airport, Johannes Scharnberg, notes that the kiosks, provided by a German supplier, have already been a success and said, ‘Already after just a short period of operation, we can see that our passengers are not having any problems with the new equipment.  And we are very happy with the system’s stability. Many of our passengers have already discovered the benefits of the kiosks for themselves and given us very positive feedback.’

Self service applications are growing in popularity for airports of all sizes around the world, increasing efficiency, improving passenger experience and moving towards a seamless airport passenger processing system.

More than 80% of airport check-ins now happen away from the traditional terminal counter, as more and more passengers use the online check-in facility offered by most airlines. Travellers are gaining greater control of their journey and can arrive later at the airport terminal than ever before. The use of Self Bag Drop means that passengers can simply arrive with a pre-printed boarding pass, which can be scanned and used within the kiosks to produce a baggage tag that the passenger can attach themselves and send the baggage through for security screening and automated transfer to the aircraft.

Rockwell Collins’ ARINC Self Bag Drop solution – ARINC SelfDrop – can process tagged bags in as little as 10 seconds, making a clear case for enhanced efficiency and promising to transform airport terminals on a truly global scale. 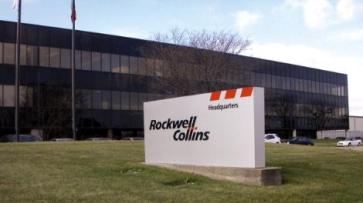 It has been announced that Rockwell Collins shareowners voted overwhelmingly in favour of the UTC acquisition in the special meeting that took place earlier this month. More than 96% of the votes cast during the meeting were cast in support of the proposition, which represented over 72% of all shares of common stock.

Kelly Ortberg, President and CEO of Rockwell Collins said, ‘Shareowners have made clear their support for this acquisition, bringing it one step closer to reality. As Collins Aerospace, we’ll be a stronger company, with attractive aerospace product and service portfolios, and ultimately, better positioned for long-term success.’

Now the proposed acquisition will require regulatory approval, and customary closing condition will need to be met, but the transaction to create the new UTC business, Collins Aerospace Systems, is expected to be completed before the end of the year. 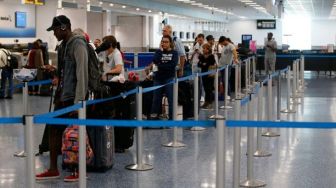 American Airlines is moving towards a cashless transaction experience in airports all over the US, as it removed cash payment options at Miami Airport this week, making the total number now 50 airports.

The airline says that moving away from cash assists its customers more efficiently, and adds, ‘It also reduces the complexity of work for our agents who will no longer have to worry about handling cash, find exact change or close out a cash drawer at the end of the day. In general, our ticket counter agents support the transition to a cashless environment.’

Beginning tomorrow at Miami International Airport, passengers will be advised to bring credit and debit cards only, although, having partnered with Ready Credit, American Airlines check-in desks will have ReadyStation kiosks nearby, providing prepaid Visa debit cards up to $1,000. There will be a $5 surcharge for this service.

American Airlines spokesperson, Aran Coello, has acknowledged that this new system may cause problems for foreign passengers, rather than native Americans, but also says, ‘we have noticed that many travellers who are returning to a country where [U.S. dollars] is not the accepted currency will often add more funds to their cards as it is a cost-effective method of converting [U.S. dollars] to other currencies.’

Most travellers already use debit and credit cards for expenses such as excess baggage, additional flight upgrades and other necessary fees, but it is accepted that some travellers, particularly those from foreign countries, will have exchanged currency into dollars in cash for use on their journey, but the prepaid Visa debit cards will often give a much better rate of exchange for passengers. 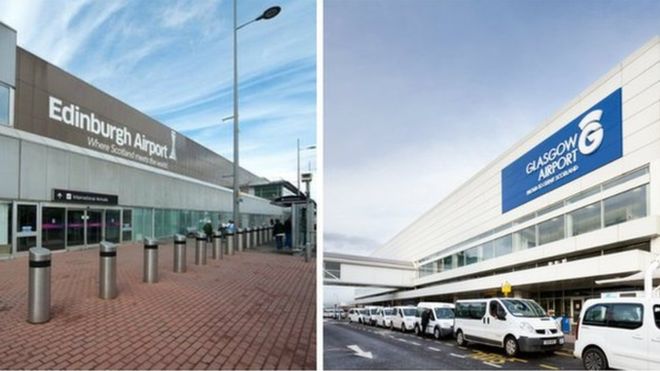 According to recent passenger figures, Edinburgh and Glasgow Airports have recorded that 2017 was their busiest year to date, with over 13 million people moving through Edinburgh Airport, and almost 10 million using Glasgow’s international hub.

December proved to be an outstanding month, despite adverse weather conditions in the north of the UK, which saw Edinburgh Airport process more than 900,000 passengers, and Glasgow over 600,000.

Glasgow’s MD, Amanda McMillan, said ‘2017 was a fantastic year for the airport. To carry more than 9.9 million passengers is a huge achievement and testament to the hard work put in by more than 5,000 people across the airport.’

Ms McMillan also added that she was pleased to have ‘considerably’ increased connectivity for Glasgow Airport, with the addition of 30 more routes and services during 2017, particularly across Europe.

Aberdeen Airport also enjoyed a great year, although not reaching record-breaking numbers for them, but passenger traffic was up 1.8% on 2016 figures. December marked the eighth consecutive month of increasing numbers for them, which gave them a total for 2017 of just over 3 million passengers. Airport officials guess that there was a strong demand for winter sun for Scotland’s residents, with a growth recorded for the winter months of 4.6% for domestic service and 8.7% for international travel.

Interestingly, there was a drop in helicopter traffic out of Aberdeen Airport last year, the reason being, according to Carol Benzie, the MD of Aberdeen Airport, who said, ‘Domestic fixed-wing traffic has driven much of the total passenger increases which has, in part, been due to chartered services being used by offshore workers to reach destinations such as Sumburgh and Wick, to then connect offshore via helicopter. This has, as a result, contributed to the decrease in helicopter passengers travelling directly from Aberdeen.’