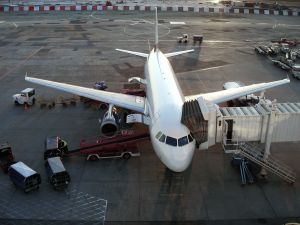 It has been announced that a 2-year old memorandum of understanding between Air China and Lufthansa will be implemented at the beginning of the summer season of 2017 to provide jointly-operated flights in and out of China-Europe.

The joint venture will enable the two airline operators to collaborate more closely to increase the number of code-share flights and will also include subsidiaries of Lufthansa, Austrian Airlines and Swiss International.

Carsten Spohr, of Lufthansa said, ‘This ground-breaking joint venture will fundamentally strengthen our competitive position on routes between Europe and China.’

Chairman of Air China, Cai Jianjiang said, ‘[The joint venture] is another major step of Air China’s globalisation strategy. We will further expand network coverage in China and Europe, enhance the flight connections in beyond markets and optimise flight schedules.’

Ireland’s Shannon Airport has become the first international airport in the world to take part in a pioneering EU-funded trial for passenger screening using a new pre-clearance check point.

The initiative takes a combination of European and US pre-clearance check points, and amalgamates the best of each into one new concept, designed to comply with dual regulations.

The trial will focus on improving passenger experience, while making the most of the technology to enhance airport security screening. Currently, US-bound passengers must move through two separate screening systems, and queue separately each time.  The new system utilises just one check point, performing both screening requirements for compliance with each mandate.

Today, passenger experience is high on the priority list for airport operators, where traffic is increasing at an average rate of 5% every year. It is critical to maintain passenger flow to minimise airport congestion, yet equally, if not more important to realise security goals concurrently.

The trial of the new passenger screening check point will begin this month and run for an initial ten-week period. 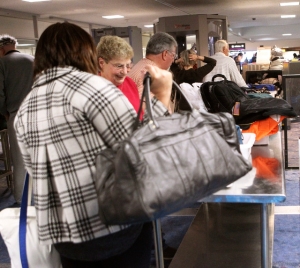 As the world remembers the 15th anniversary of the tragedy that was 9/11, the latest border scheme to come out of the UK has been branded a ‘gimmick’ by staff unions, who called for increased staffing instead.

The UK Home Office has said that under the new scheme, travellers could choose to pay between £5 and £17.50 for a ‘fast-track’ passage through its borders. The proposed scheme will not be available at all airports, and will be trialled at Gatwick airport, leaving skeptics in some doubt that current staffing levels will be sufficient to cope with the different lanes. Concerns have also been raised for passengers who will not be willing to pay being left facing longer delays than they were before.

Branding the proposal as ‘ridiculous’, a spokesperson for the Public and Commercial Services union said, ‘This is a ridiculous idea that exposes just how understaffed our borders are. What happens if everyone opts to pay £5? We’re back to square one. Instead of gimmicks like this, the Government needs to properly invest in staff to work at ports and airports because the shortages are there for all to see.’

Nick Trend, consumer expert for Telegraph Travel said, ‘This confirms a growing trend of airports charging for services which should be efficient and free,’ following news that some UK airports already charge for a fast-track service. Continuing, he said, ‘The risk from the consumer point of view is that airports deliberately allow the queues to build up so that frustrated passengers feel the only way to have a decent experience of the airport is to pay more for the privilege.’

Technology is in place to streamline passenger facilitation and processing in an increasing number of airports around the world. Strengthening border control is of paramount importance in a world that has seen dramatic improvements since 9/11. Border technology providers, such as Rockwell Collins’ ARINC airports, aim to improve passenger flow with Common Use Identity Management – using integrated systems to increase airport resource management, security and passenger experience.