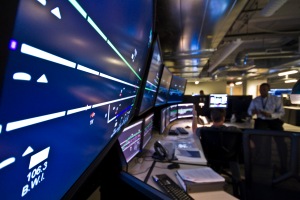 It has been announced that American Airlines and US Airways plan to merge their passenger reservations systems this summer after operating separately since their merger in December 2013.

The carriers plan to combine the systems over a three-month period in a bid to avoid problems with data transfers.

Passenger reservations systems form part of a vast infrastructure of airline operations necessary to maintain performance and minimise delays. Ensuring that disruption is kept to a minimum remains a top priority for the airlines, who wish to avoid similar problems experienced by Continental Airlines and United Airlines in 2012, whose passengers were unable to check in, resulting in hundreds of delayed flights.

Airline infrastructure specialist providers, such as Rockwell Collins’ ARINC, use the robust reliability of the AviNet network with their AviNet Airport suite, providing high-performance services for both airlines and airports for access to critical departure control systems.

Passengers flying with Asiana Airlines and Korean Air will now be able to utilise the benefits of a self-service bag drop system launched at South Korea’s Incheon International Airport.

The new technology will enable passengers to scan their boarding passes and attach their own baggage tags, eliminating queueing at traditional check-in desks. Baggage will then pass into the automated system for transfer to the aircraft after weighing, scanning and measuring.

The service, which is the first of its kind to be introduced to South Korea, will help to streamline the passenger processing system, saving time and costs with a reduced need for dedicated check-in desks. Incheon has deployed the system in partnership with SK Telecom, G-antech and Type22. Other global providers of bag drop technology include ARINC with their ExpressDrop solution. 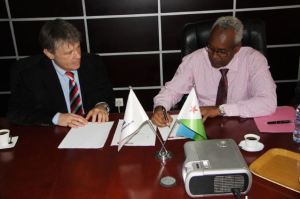 Air Djibouti has signed a Memorandum of Understanding with Iron maiden frontman Bruce Dickinson, also less famously chairman of Cardiff Aviation, to help with the creation of a national carrier for the East African nation.

Cardiff Aviation is based at St Athan- Cardiff Airport Aerospace Enterprise Zone in the UK and operates from a former RAF base, providing certified MRO and pilot training.

It has just been announced that Honeywell’s latest addition to their connectivity suites will include the AMT-700 antenna for Gulfstream’s new G500 and G600 business aircraft.

Fitted as standard on all new productions, the improved service will allow business passengers greater connection speeds in the cabin via Inmarsat SwiftBroadband for internet and voice calls, while additional benefits will also be realised in the cockpit with clearer communications with the ground.

Providers of inflight Inmarsat SwiftBroadband services, such as Rockwell Collins’ ARINCDirect ensure that executive travellers can continue to conduct their business as efficiently in the air as they can in their ground-based office environments.

Honeywell expect it to be a ‘very popular upgrade’ which will also support current requirements and future mandates for safety, such as CPDLC and FANS, saving fuel and increasing safety as pilots are enabled to fly preferred routes.

The sixth hearing of the Senate committee this year focused upon the U.S’s borders security technology, perimeters and infrastructure this week.

Chaired by Mr Ron Johnson, testimony was given on the current state of borders security as the committee look forward to the next steps to be taken to increase effectiveness.

Representatives from Homeland Security and the U.S. Customs and Border Protection agencies gave testimony at the hearing where it was noted the ‘DHS could do a better job of collecting data’.

Information was also shared and discussed regarding perimeter fencing of airport environments, and the use of improved technology to increase situational awareness, an area that many committee members feel is seriously lacking.

Physical security measures in airports are the ‘front line.’ These would include perimeter fencing and security surveillance equipment. Other measures that focus upon enhanced technology with biometric solutions are becoming increasingly popular around the world, particularly as passenger demand increases for greater control of their travel arrangements with self-service systems.

Most travellers do not realise how much B2B messaging impacts the entire airline process, from passenger reservations through maintenance, security and even refuelling and providing in-flight catering services.

Typically, airlines use Type B messaging for many functions, such as electronically transferring orders of meals, fuel and when turnaround times on the apron are often as tight as 30 minutes, delays can occur if just one function is out of synchronisation.

Behind the scenes messaging is vital to airlines, airports and operators, needing to be reliable and swiftly delivered to ensure you, the passenger, is not kept waiting. 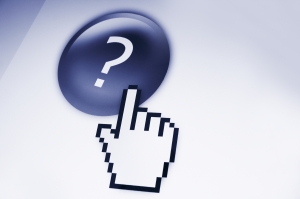 United Airlines has today launched a unique scheme designed to locate gaps in the security of their online services, apps and websites, inviting hackers to find and report vulnerabilities in exchange for air miles.

Submissions could achieve up to one million air miles as the airline searches for problems such as brute force attacks, timing attacks, cross-site scripting, forgery attempts and the most serious – proof of a vulnerability that could lead to remote code execution.

Exempt from the scheme are onboard systems investigation, with UA promising prosecution of breach of these actual systems. There are also exceptions of entry in the so-called ‘Bug Bounty Program’ more information can be found here.

The importance of data sharing, analysis, disaster recovery and the human factors involved in business aviation safety standards will be discussed and focussed upon this week as pilots and aviation professionals meet in Fort Lauderdale at the NBAA and Flight Safety Foundation’s Business Aviation Safety Summit.

Amongst the first speakers was G550 pilot, Steve Charbonneau, who announced the initial success of the voluntary aviation safety and information analysis sharing program (ASIAS) with 12 departmental members.

Mr John Cox, from Safety Operating Systems, a Washington aviation consultancy firm, talked about the fire risks of the use of lithium ion batteries onboard an aircraft and the sobering difficulties of extinguishing such a fire.

The two-day event, formerly known as the Corporate Aviation Safety Seminar, is industry recognised as the premier safety forum.

A trial program has begun this week spearheaded by Rockwell Collins and involving nine global airlines to test the communications giant’s new ARINC MultiLink flight tracking service, which promised to be one of the most cost-effective solutions to the much debated problem for airlines.

Trials are being conducted in Europe, Middle East and Asia, North and Latin America. Participating airlines have been selected for their geographic diversity, according to Yun Chong, vice president of commercial aviation services for Rockwell Collins IMS.

Once the trials are completed, the service is expected to be widely available towards the end of 2015.