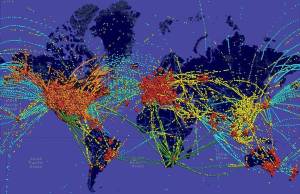 A trial program has begun this week spearheaded by Rockwell Collins and involving nine global airlines to test the communications giant’s new ARINC MultiLink flight tracking service, which promised to be one of the most cost-effective solutions to the much debated problem for airlines.

Trials are being conducted in Europe, Middle East and Asia, North and Latin America. Participating airlines have been selected for their geographic diversity, according to Yun Chong, vice president of commercial aviation services for Rockwell Collins IMS.

Once the trials are completed, the service is expected to be widely available towards the end of 2015.