Headquartered in Saudi Arabia, Nexus, independent flight operations support provider has announced the opening of a new European centre in Vienna, which will provide flight operations services for clients in Central and Eastern Europe in addition to Russia.

The facility is the second European centre for Nexus, who also have service centres in Mumbai, Rwanda, Shanghai, Bahrain and Hong Kong. The first European centre was set up in partnership with Monaco-based Flytrans.

The system, which includes self-tagging, check-in and baggage drop, is fully automated and gives AirAsia passengers complete control of the check-in process, saving time and simplifying passenger processing for the airline.

Automated self-service check-in is revolutionising passenger experience all over the world, offering a streamlined experience for both passengers and airports. Airlines are able to manage costs more efficiently with a self-service system, as more passengers book and check-in online and arrive at the airport with pre-printed boarding passes. The system at Senai allows passengers to use the kiosks at the airport to print bag tags before using a handheld scanner to process both this and their boarding passes without any intervention from airline personnel.

Other providers of self-service kiosks, such as Rockwell Collins’ ARINC BagDrop system enables cost sharing amongst airlines with a multiple airline bag drop facility, removing the necessity for dedicated airline baggage drop points and saving valuable space within the terminal.

As the growing concerns in the airports industry reaches fever pitch over security, it is this week revealed that there have been instances of ex-airport personnel using their security badges to gain access to secure areas of an airport environment.

Airport staff and contractors are not screened in the same way as passengers and this can lead to breaches in security, which must remain secure and reliably protected, particularly high-security areas such as concourses, ramps and the tarmac.

As these issues increase, airports are looking to the infrastructure security industry to make full use of the latest technology, which does reduce time spent screening and monitoring these secure areas. Using a collaborative approach with software solutions can mean that identity records are monitored in real-time and even anomalous facility access patterns can be recognised quickly. 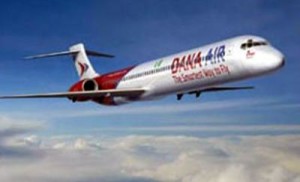 All across the globe domestic airlines are experiencing difficulties with rising operational costs, airport fees and high insurance to name but a few. This is no more apparent than in Nigeria, where the newly appointed manager of Dana Air has spoken out this week about the need for government reform to encourage ‘friendlier policies’ for the aviation sector.

While it is clear that airlines need some help from governmental policy to stay afloat, cost cutting measures can be put in place in many areas, from aviation messaging to streamlined operations. An aviation messaging audit can reveal areas that can be improved, such as mission-critical transmissions using Type B formats and can potentially save up to 60% for the aircraft operator.

In a highly driven industry, cost efficiencies must be maximised in order for bottom line targets to be met, while maintaining reliability. 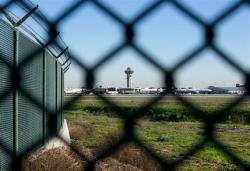 Keeping airport perimeter security tight is a problem that is consistently rearing its head, particularly as security technology companies come up with more advanced sensors, software and motion detection solutions that the ‘men on the ground’ maintain are still not enough.

The high cost of advanced detection technology often prices smaller airports out of this market, but when faced with 268 counts of perimeter breach in US airports in ten years, the issue is clearly a critical one.

Airport perimeter security breaches consist primarily of people climbing over, crawling under or even driving vehicles through the fences that surround the airport. It is the airport’s responsibility to protect the perimeters, while the TSA handle the passenger and baggage screening.

Government officials are raising concerns over perimeter breaches and calling for upgrades to security equipment to reduce the risks. Congressman Eric Swalwell said, “Porous airport perimeters are major vulnerabilities that terrorists could exploit. I’m continuing to call for airports to use technologies that would alert officials the moment a perimeter is breached.”

As every airport differs in their surroundings, there is no single answer to increase security around airport perimeters. Many airport security personnel believe that increasing numbers of security personnel, coupled with an increase in high tech solutions would reduce instances of breach attempts, but staffing levels and funding variables make it difficult to apply the changes across the board. 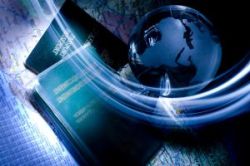 As Vietnam joins the fast-spreading enhancement in border security with the implementation of Advance Passenger Information (API) data transfer, the implementation of Rockwell Collins’ ARINC Border Management solution has already resulted in a 90% improvement of passenger processing times and 80% increase in the quality of information, which was previously handled manually.

The ARINC BMS has been implemented at all Vietnam’s international airports and provides system monitoring and analysis of API data, allowing the border authorities to screen vital passenger data before the aircraft lands, thus maximising efficient operations and increasing security. Currently 41 airlines are using the system, which is designed to flag passenger data that falls outside the pre-defined parameters.

The Government of the Socialist Republic of Vietnam issued Decree 27 in spring 2011 to request API data from passengers and crew of all airline traffic, both commercial and private, to come into line with IATA standards. According to IATA data, Vietnam’s passenger flow increased by 96% between 2008 and 2013, and this increase let to the investment in the new system implementation.

China Aviation Industry General Aircraft Company will team with Cessna in another joint venture for the company which also involves Guangzhou Zhongeng Group and will be named Zhonghen International Business Aviation.

Cessna, Textron Aviation’s Aircraft unit, who announced the venture at the Asian Business Aviation Conference this week plan to launch a charter management service in China next year involving Guangzhou’s Cessna Citation XLS+ aircraft with a plan to introduce and manage a further range from Textron’s portfolio in the future.

Looking forward, the company believe that the Chinese market is one of the most important to expand to with the emergence of a growing expansion of the business aviation industry. 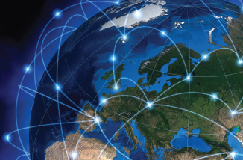 In a bid to improve passenger services, Virgin Atlantic has announced that, with Delta Airlines, it will be replacing current ticketing, passenger reservations and departure control system functions with AIR4.

In order to focus upon customer services, Virgin Atlantic and Delta Airlines will also use Air4 to enhance web-based check-in with self-service capabilities, optimised for mobile use.

Using passenger service systems with integrated access to airline DCS can help to streamline airport operations and minimise delays for both airlines and passengers, particularly during peak flow times. Other integrated systems in use in the airport environment include solutions for weather data management, aircraft datalink and flight planning using business-to-business communications.

The company is now targeting an aircraft market, offering financing for business jets with a price tag of $30 million and upwards. A range of options will be available, including mortgage, finance leases, progress payments and mezzanine finance, which combines debt and equity.

Launched at the ABACE exhibition, GJC are aiming their financing options outside the US, where it expects the greatest uptake to be located. The company has noticed a surge in demand for this type of financing over the past three years, since banks and traditional finance companies have begun to shy away from jet financing.

Transactions are already being discussed for Gulfstream, Boeing and Bombardier aircraft. 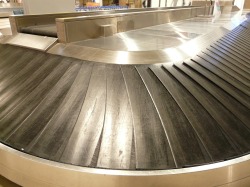 A recent report from SITA has highlighted that the rate of baggage mishandling has reduced by more than 60% on a global scale in the last eight years saving the sector an estimated $18 billion since 2007.

The sharp decline in mishandling is in spite of the increase in passenger numbers and the improvements are due to the rise in investment by airlines and airports across the world in enhanced baggage handling systems.

Over the past few years airport improvements to the passenger processing system, particularly in self-service bag drop and check-in technology has risen dramatically, and has been almost at the top of the priority list for spending.

The biggest baggage handling systems providers offer baggage self-tagging, multiple airline bag drop facilities and even off-site check-in capabilities. The days of two-hour pre check-in and long queues at peak times are behind many of the world’s major airports and passengers are noticing the difference.

Cost savings are clearly a huge benefit for airports and airlines, and open up the possibilities for more future investment.