It has been announced that the aviation regulator for India has issued a mandate for airline crew to be given training on the ACARS system, following the disappearance and issues surrounding flight MH370.

ACARS delivers and receives mission critical messaging throughout the flight, unless manually deactivated. These messages may include NOTAMs, OOOI, engine information and aircraft performance figures, including air speed, issues, position and weather reporting.

Currently, the only area where ACARS coverage is mandatory is within the North-Atlantic route.

Although some Indian airlines have incorporated ACARS into their aircraft, with the largest operator, IndiGo having used ACARS from their earliest flights, several airlines do not have ACARS capability. Murmurs around the aviation industry suggest that every flight should carry the latest that technology has to offer for mission critical messaging. 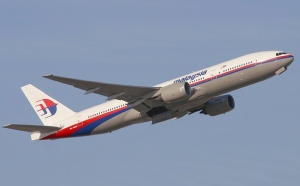 The recent disappearance of Malaysia Airlines flight MH370 has raised global questions about the effective use of aviation security messaging for both aircraft communications systems and passenger data transfer.

The International Air Transport Association (IATA) suggest that a more refined, tailored approach to security messaging is needed, as current measures appear to be unsuitable in a general sense. With the technology available today, such as biometric security and electronic passports, information can be shared in real-time, allowing passengers to be screened more effectively.

Although the mysterious disappearance of the Boeing 777-200ER has encouraged tighter security in airports across the world, questions are being asked why passengers were allowed on board with stolen passports, whether the incident is linked to the disappearance or not, as has been speculated.

The aircraft’s communications systems were allegedly switched off intentionally and continued to ‘handshake’ with the satellite network, Inmarsat until 8.11 am, when over the Indian Ocean and low on fuel.

Finding a balance when conducting security measures means treading a fine line. Security within airport operations should work in conjunction with border control agencies and government bodies to ensure that security should be tight, but effective, without causing major ground delays.

Airport operations software can help to streamline passenger processing, while maintaining high biometric screening levels and allowing passenger data to be checked, such as with the provision of advance passenger information, now mandatory in the U.S. since the events of 9/11.

Since the disappearance of Malaysia flight MH370, questions have been asked about the ability of radar to track aircraft worldwide. We know the technology exists, so how is it possible to ‘lose’ an aircraft to such an extent.

According to NZ Airways, who are responsible for the country’s 30 million square kilometres of airspace, a mere 60% of flights were tracked using satellite. Head of Auckland operations, Tim Boyle said, “It’s either radio or via what we call data link… through satellites.”
‘If data link updates were missed, and the aircraft remained out of radio contact, then Airways would have no way of knowing where the aircraft was’, he added.

The only route that has data link satellite mandates in place is within the North Atlantic route, according to Inmarsat senior vice-president of external affairs, Chris McLaughlin. It was an Inmarsat network that picked up data ‘handshakes’ from the missing Boeing 777 for up to five hours after it had left Malaysian airspace.

Black spots exist across the globe, for airlines that choose not to ‘opt into’ a contract for data-link systems. Neither Australia or New Zealand have any mandatory regulations to specify position reporting and it is thought that many aircraft are flying for long hours without reporting their positions.

With the cloud-based software-as-a-solution (SaaS) system, airlines and ground based operations are able to share both space and resources without costly hosting, development or infrastructure expenses.

John Jarrell, head of airport IT for Amadeus said, “The airport industry has advanced tremendously from the days of dedicated airline check-in desks towards a much more flexible and shared environment.”

Gogo company, Aircell are pleased to announce EASA certification for the installation of their in-flight entertainment and connectivity systems for Bombardier Challenger 300 business aircraft.

UCS 5000, introduced in October last year, gives the industry the first all-in-one router and media server and offers passengers seamless access to in-flight entertainment plus brings router functionality in one box. Passengers will have access to Gogo Vision; an IFE service with a comprehensive library of on-demand movies and TV, in addition to news, weather updates and flight information.

Rockwell Collins have been awarded a five-year contract to place ARINC’s vMUSE in four common-use terminals at London Heathrow Airport (LHR). The contract was awarded through Heathrow AOC Ltd on the strength of Rockwell Collins’ recent acquisition of ARINC Inc. LHR will upgrade their current ARINC MUSE platform in terminals 1,2 and 3 to the latest vMUSE implementation and will install a new system in Terminal 4, supporting more than 1,500 common-use workstations.

The upgrades will bring the latest CUPPS standards, offering airlines and LHR greater efficiency and cost management opportunities. The vMUSE platform allows the extension of CUPPS support to off-site locations and is a scalable solution for baggage drop and information management systems.

“As one of the world’s busiest airports, Heathrow must utilize the most effective passenger processing technologies available,” said David P. Wilding, chairman of the AOC Shared Systems Board. “The ARINC system enables us to meet the needs of our member airlines by improving the efficiency and flexibility of passenger processing, which ultimately enables us to provide the best customer service possible.”

“We’ve been working with LHR for many years, and are delighted that the AOC has decided to renew and expand its relationship with us,” said Tony Chapman, executive director, Heathrow for Rockwell Collins’ Information Management Services business. “As passenger traffic continues to grow, we remain committed to providing airlines and airports of all sizes with the most efficient solutions available to meet passenger demands.”

Edinburgh airport has become the first to bring multi-airline bag drop system operation to the UK in a move that has seen them install ten, new self-service kiosks and web-based software that operates a fully common, shared bag drop facility for its passengers.

Operated by EasyJet and FlyBe, passengers will retain control of their entire check-in experience, from online check-in and self-printed boarding pass to baggage weigh in and luggage tag attachment, when they will be directed to a drop off point to dispatch their luggage.
Although new to Edinburgh and the UK, this system is in operation in CUTE platforms across the world and is designed to streamline airport operations. Using common-use functions for bag drop system operation speeds up the check-in process and allows cost-sharing within the terminal, also freeing up premium space.

This is just the beginning for Edinburgh airport, as they plan to continue a programme of investment for the installation of the latest technological solutions. Later this year, they plan to carry out a trial for a baggage storage facility, where passengers will be able to check-in luggage in advance of the flight.

David Wilson, chief operating officer at Edinburgh Airport, says: “New ownership has allowed us to be creative in the way we look at the check-in process. A huge amount of research, engagement and investment has gone into this new process and we’re delighted to officially launch the first multi-airline common bag drop facility in the UK with our partners at easyJet and Flybe.

Inmarsat explained that CPDLC – Controller-Pilot Data Link Communications, the ACARS system onboard responded to text ‘handshakes’ send periodically via Inmarsat ground stations to the satellite network, then onto the aircraft. When an aircraft is within range, or over land, the ACARS messages are relayed over VHF radio.
Inmarsat and AAIB have been involved in the global operation to find the missing aircraft since 15th March and provided the data that enabled the investigators to indicate the likelihood of the plane taking the northern and southern corridors. Further calculations using the data provided have led to the conclusion that flight MH370 found its final resting place in the Indian Ocean.

CPDLC uses electronic data messages relayed to the ground via the satellite networks and carries information such as route instructions, clearances and NOTAMs. It was discovered that the onboard communications services had been manually shut down during the early stages of the flight. The datalink systems will however, continue to respond to the electronic handshakes while the flight is operational.

Until the flight recorder is recovered, we will never truly understand the nature of the disaster that has befallen the aircraft nor the plight of the passengers and crew.

A key question that has been on the lips of much of the public was how missing flight MH370 could still communicate with satellites, according to the latest Inmarsat information, when reports claim that the on-board ACARS system had been disabled?

The answer to this lies in the workings of the ACARS system itself. Aircraft Communications Addressing and Reporting System (ACARS) has been the industry standard data communications system since the 1970’s. Developed and introduced by ARINC Inc, ACARS gives a data link from air-to-ground, relaying critical information regarding the flight, aircraft systems and also gives the ground-based operators means to relay NOTAMs, weather data and in-flight messages to the flight deck.

If ACARS failed, or was manually disabled during the flight, how, then, did the satellite appear to receive information after this? ACARS carries satellite equipment outside the aircraft that cannot be tampered with while the plane is in flight. The internal workings of ACARS in the cockpit can be disabled with a simple manual action. This is possible because of the risk of electrical fire on the flight deck.
Although ACARS, once manually disconnected, will not relay information, the satellite equipment outside the aircraft will send and receive ‘pings’ or digital handshakes periodically to determine the status of the network.

It is these pings or handshakes that the satellite picked up. While the aircraft responded to these pings, it was clear that it had power, was likely intact and in flight, although this does not prove beyond doubt that it was not intact on the ground.

The search continues for flight MH370 and leaves many questions unanswered.

Mumbai’s Chhatrapati Shivaji International Airport (CSIA) recently benefitted from the installation of a new CCTV system to enhance physical security in the new Terminal 2 building. Mumbai has historically been targeted repeatedly by terror threats and the new system brought a collective sigh of relief for the workforce and the millions of passengers that pass through its doors every year.

Imagine the shock when, particularly in the wake of the recent security issues surrounding the missing Malaysian flight MH370, it was discovered that all the CCTV cameras still have their covers in place.

At 4.40 million square feet, the modern T2 was opened in January by Prime Minister Manmohan Singh and houses India’s largest art gallery – a 3km long wall of art featuring more than 5,000 artefacts and artwork from across the country. It is unclear why the physical security system is not being properly utilised.