The 28th ACI Europe/World Annual General Assembly, Conference and Exhibition is approaching fast, and there are just a few weeks left before some of the airport industry’s biggest names and leaders join the leadership panel in Brussels to discuss some of the most important issues facing the aviation industry.

The leaders panel has now been finalised, and attendees can look forward to hearing keynote speakers over three full days:

The theme this year is ‘Airports as Brands and Businesses’ and the conference will be looking at the evolution of the airport into a business building a brand relationship with its customers.

The conference and exhibition will also be focussed around the ever-increasing challenge of airport capacity as passenger numbers continue to grow year-on-year. How do airports ensure that they maintain mandatory compliance, keep passengers moving, look after baggage, maintain watertight security and at the same time make sure that passengers stay happy and bottom line operational budgets stay intact?

Attendees at the conference will find out what the biggest names in the industry think about these challenges, and how the industry itself is working to meet these demands while keeping systems and processes efficient and cost-effective.

ACI World director-general, Angela Gittens said, ‘Our assembly provides a unique opportunity for industry leaders from all regions of the world to share their expertise and experience and debate and explore ways we can continue to adapt and grow. ACI is the only truly global voice for the airports industry and our assembly is the perfect venue to foster dialogue among airports as well as with stakeholders in the aviation industry as a whole.’

The exhibition promises to deliver a wealth of networking opportunities, and will showcase a wide range of airport solutions, including, but not limited to:

To find out more about the conference and exhibition, and to register for your place, please click here.

Working together since 2010, Airplan and Rockwell Collins will continue in what is described as a ‘multi-year contract’ with ARINC vMUSE check-in applications and ARINC SelfServe kiosks.

Airplan chose the ARINC Airports solutions to negate the necessity of upgrading airport infrastructure. ARINC vMUSE operates on common-use systems for both passenger processing and back office processes, such as flight planning and crew scheduling.

One of the biggest items on the agenda at this year’s Passenger Terminal Expo (PTE) to be held in Germany, will be the latest innovations for airport automation, including biometrics and cloud-based solutions technology.

Rockwell Collins will showcase its latest innovative developments, as it works towards a better environment for travellers, and an improved experience.

One of the biggest buzzes about the company at the moment is talk about a paperless journey through the passenger processing system in airports. The latest solutions aim to speed up the system, while maintaining utmost security at every level. Its cloud-based solutions are revolutionising passenger processing and airport operations in general, while biometric facial recognition applications are taking airport systems to a completely new level.

The three-day event will be held in Hall 10 of the Koln Messe in Cologne, Germany, and Rockwell Collins is to be found at stand 6000. 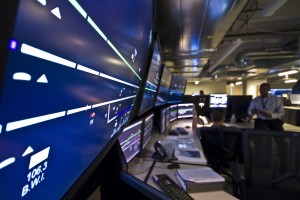 It has been announced that the world’s busiest airport, Atlanta International (ATL) has upgraded its airport management platform, bringing a range of new and advanced tools to airport operations.

An extended range display, the first of its kind, will provide a National Airspace System view of all flights which will enhance the airport’s capabilities for proactive air traffic management. Real-time flight cancellation notifications and reporting is set to improve management with greater visibility, allowing historical views.

The airport management system at ATL will assist the operators and ground personnel to streamline operations, increasing an already efficient system even further.

“Atlanta has continually seen a decrease in delays and improved overall operational performance since deploying Aerobahn in 2010,” said Paul Meyer, Airport Assistant General Manager for Operations. “These achievements are possible due to the airport-wide collaboration fostered by the airport community through the use of a common surface management system.”

In an ever-growing industry, airport management solutions can help airports of all sizes to achieve cost-cutting targets and improve operational productivity.

The Orthogon business designs and develops traffic optimisation applications and predict traffic demand on runways, giving airport operators flexibility to optimise their resources both on the ground and in the air.

“The acquisition of Orthogon expands our aviation solutions portfolio and international market position,” said Pam Drew, Exelis president of the Exelis Information Systems division. “With our global airport presence and Orthogon’s queue management applications we see opportunities to deliver solutions to our customers that will lower costs and increase capacity and efficiency of their operations.”

Airport management systems integration is a necessary part of the process of information management. Additional applications available from other providers of airport management systems can include ‘back-office’ applications that assist with the smooth and efficient operation of baggage handling systems and passenger processing. As airports grow busier, with estimated passenger flow on the increase to the tune of more than 5% each year, operational productivity can suffer without key integrated systems in place.

The National Geospatial-Intelligence Agency (NGA) has awarded a contract for Geospatial Terminal Operations (GTO) to MacDonald, Dettwiler and Associates Ltd to provide automation for aeronautical charting products associated with airline operational messaging and to support flight operations at airports and airspace.

Aeronautical charting is essential for safe airport operations around the world; providing navigational and geospatial information for pilots and ground crews. Automating the production of such charts will streamline the labour-intensive process and allow for planned integration of systems that will occur over the next three years.

Airline operational messaging must be fast and reliable to ensure smooth, delay-free airport operations. Mission-critical transmissions can incorporate messaging on all levels from air traffic management to ground handling personnel and back office applications.

Type B messages are the typical form of operational messaging for business-to-business communications. Encompassing flight planning capabilities, ACARS messaging and aviation weather data delivery, type B should be seamlessly accurate and reliable. 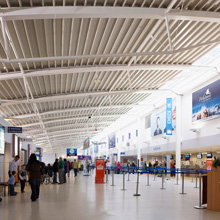 “Woolpert is excited to work with existing ELS clients to help them achieve even greater levels of efficiency,” said Woolpert’s senior vice president and aviation practice leader, Tom Mochty. “We also look forward to assisting new clients who have been looking for the right opportunity to modernize the tools in their operational toolkit.”

Woolpert maintain ‘business as usual’ for all existing ELS clients and users of the system, offering 24/7 support and hope to bring improvements over the coming year to enhance the functionality of the current software. 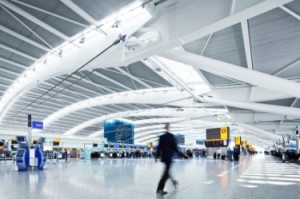 Aviation information management is complex and handles enormous amounts of data regarding flight management systems, aircraft weight and balance data, departure control systems and even information about car rentals, online check-in and passenger data. For this reason it is critical that the information can be collected, stored and used efficiently and above all, securely.

Amadeus, a technology partner in aviation, has come up with a software solution that uses predictive analytics to pick up potential problems before they occur. Netuitive is a cloud-based system that monitors their Alta DCS, flight management system and all the aforementioned considerations. It is expected to be ready for commercial release in the latter half of this year, and will aim to simplify the data management arena.

British Airways has had a major rethink over its airport hub communications in a huge cost-management exercise at Heathrow.

After the events of 9/11, the entire aviation industry experienced a hard-hitting profit drop as airport operations were severely affected. To avoid fines and spiralling costs, it is critical that airlines manage to facilitate smooth and reliable airport operations, enabling fast turnaround times and fewer ground delays.

Therefore it is crucial to maintain reliable airport hub communications, especially during take-off and landing over a range of up to 200 nautical miles.

Reliability is everything. The BA ground-to-air radio system is made up of multiple radio base stations distributed around Heathrow using leased lines. The challenge for the airline was to reduce and manage airport hub radio costs, while maintaining the critical reliability that cannot be compromised.

Also, BA were faced with the problem of continuity while the upgrades and switching were taking place. As the largest carrier out of Heathrow, there was certainly no question of grounding aircraft. It was necessary to ensure the new network was set up and ready to go before the switch, which could be a costly endeavour if an entire framework had to be ready.

The answer for BA was the deployment of ground-to-air radio via IP (RoIP). This also allows for expansion, which the previous system did not, already being at almost ‘full’ capacity.

Lee Weatherley, voice and video solutions manager at British Airways said, “Our network convergence project was primarily focused on streamlining the management and provisioning of telephony services throughout the company. We are now exploring ways to exploit the new network to support other forms of communication—for example, we also operate paging, TV, video conferencing and CCTV over our IP network.”

BA operators are now able to communicate to Smartphones and devices, PTT networks and radios from any WAVE-enabled PC across an entirely secure network. Communications history is easily saved and revisited and communications can take place across multiple channels simultaneously, improving the system, managing operational costs and streamlining the process of airport hub radio communications.

With the Gulf airports aiming to increase passenger numbers to 450 million per year by 2020, and the development of new terminals at both Doha and Abu Dhabi, the Arabian Gulf States are investing heavily in airport security, an industry currently estimated to have a global value of $22 billion.

Much of this investment is focussed on innovative technologies designed not only to improve security and efficiencies for the airport but also to improve the passenger experience, as

Airport Show, the Middle East’s largest airport industry event, provides a welcome opportunity for companies to showcase the technologies vital in achieving this aim. Both Intertech Vision Group, which already has 140 installations in the region, and ARINC, a security and systems integration company offering an Advanced Information Management system (AIM) will be attending,

Stephen Horner, International Business Development Director, Integrated Security Solutions, ARINC, said: “There are many security and systems integration opportunities throughout the GCC region. ARINC has provided integration and security solutions for more than 30 years to a security industry of equal age. We are able to provide ‘best fit’ technology and solution to airports. We wish to showcase our wider capability in delivering integrated security solutions, command and control facility as well as airport solutions.”