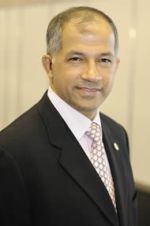 The Middle East and North Africa Business Association (MEBAA) has announced that the location of the next MEBAA Conference will be Tunisia, aimed at uniting the region’s business aviation industry around its common trends and challenges, including regulatory framework and FBO issues.

The two-day event, scheduled for 10th and 11th September 2014, will focus upon the North African market, following the recent success of MEBAC in Saudi Arabia last month and Morocco last year, where MEBAA partnered with WINGX and published an infographic based upon a study of the business aviation industry in North Africa and its findings that the industry is playing a positive role in the development of the region.

Mr Ali Al Naqbi (pictured), MEBAA’s Founding Chairman, is delighted with the announcement, “It is an exciting time for MEBAA as we continue to grow in membership numbers, products for our members, the launch of our fly and feed initiative, the Middle East Business Aviation show is set to take place at the end of the year at its new home – DWC. And finally, MEBAC, which has gained incredible traction now, spreading from the far west of the region to the east of the region and everything in between, in order to work together on issues critical to aviation’s ability to serve as a catalyst for economic growth. Our association will continue to meet and bring inspired and motivated people together through conferences in different cities around the Middle East and North Africa every year, to ensure the business aviation community remains at the forefront of this ever-changing industry.”