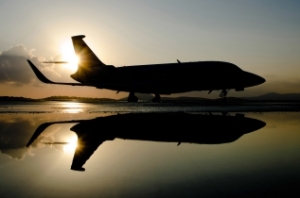 Just before the opening of Geneva EBACE this year, two major aviation companies announced the launch of new, longer-range business jets, both set to be ready for the markets in early 2015.

The Gulfstream G650ER, an upgraded version of the popular G650, is undergoing FAA certification and will share the same cabin, systems and avionics, but will have a capacity of 7,500 nautical miles, the longest range of its class, according to Gulfstream.

“The G650ER provides our customers with greater mission flexibility and the longest range of any business jet,” Scott Neal, Gulfstream senior vice president of worldwide sales and marketing, said in a statement. “It’s the only aircraft in the world capable of travelling 7,500 n.m.”

Certification is expected at the beginning of 2016 for the Falcon 8X with deliveries to follow before the end of that year.