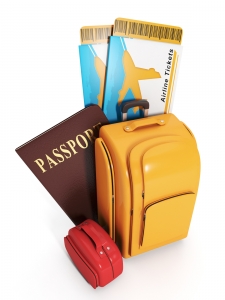 The International Air Transport Association (IATA) today called for greater use to be made of Advanced Passenger Information System data as the industry still reels in the aftermath of the missing flight MH370 search.

Director General of IATA, Mr Tony Tyler said, ‘It is important to remember that airlines aren’t border guards or policemen, the checking of passports is the well-established responsibility of governments.’ His comments were made at a conference in the Malaysian Capital earlier this week as he spoke of the need for a review of government data-review procedures, which would importantly include the comparison of names against Interpol’s lost and stolen passport lists. Although no link has been established with the two Iranian passengers that boarded with stolen passports and any terrorist organisation, the fact that they were allowed on board ‘rings alarm bells.’

In addition to Advanced Passenger Information System data, Mr Tyler, who is also a former chief executive for Cathay Pacific Airways, placed emphasis upon a need for better aircraft tracking. ‘In a world where our every move seems to be tracked, there is disbelief both that an aircraft could simply disappear and that the flight data and cockpit voice recorders are so difficult to recover,’ he said.

IATA plan to assemble a team of experts to study the available options for aircraft tracking, which is expected to reveal its conclusions at the end of the year.