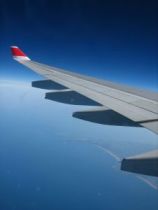 After negotiations broke down over the effort to create a joint aircraft registry between Jersey and Guernsey, Senator Alan Maclean approved plans for a dedicated Jersey registry this week.  Both states decided that one registry for both would fail to meet their separate commercial and operational interests and objectives.

It is hoped that the planned launch of a Jersey aircraft registry next summer will open up new opportunities for business on the island.  Guernsey will launch theirs on Monday.

With a formal aircraft registry in place, the Senator hopes that business jet owners will find the island attractive and in turn, figures that this will bring greater opportunities for business, particularly in the legal and financial services sector.

Senator Maclean said, “This is an exciting opportunity for Jersey which will form an incredibly strong additional element to our inward investment strategy.”

Former Director of Civil Aviation for the Isle of Man, Brian Johnson, who is also Director of Operations for Appleby Aviation Ltd, will act in an advisory capacity for the set up and establishment of the registry, which is hoped will be formally launched in August 2014.