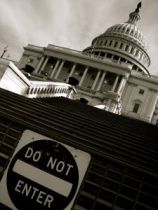 According to a report this month by US Office of Management and Budget (OMB), the delays caused by the recent partial Government shutdown delayed 156 aircraft deliveries, costing Business Aviation $1.9 billion.

The FAA’s aircraft registration was closed for the 16-day duration and they are now working to clear the backlog of delayed registrations.

The shutdown came at a bad time for the aviation industry, with the fourth quarter traditionally being the busiest period for new shipments of aircraft.

At a Capitol Hill rally of aviation leaders held during the shutdown, Ed Bolen, the National Business Aviation Association (NBAA) president and CEO said, “Imagine if no citizen of the United States could buy or sell a car, purchase or refinance a home or if the sale of any other critical goods came to a complete and grinding halt – that’s what has basically happened in business aviation.  Because business aviation is more regulated than other industries, the shutdown has had a far more dire impact on business aviation than for other industries.”

In addition to these delays, the report commented that, with the vast majority of its workforce furloughed, the National Transportation Safety Board were prevented from fully investigating 48 aircraft accidents; only 2, it is revealed, were investigated, while the rest, and other ongoing inquiries have been put behind schedule.

All in all, the Government shutdown has caused a loss to the US economy of between $2 billion and $6 billion across all sectors including small business, import and export, health sectors and private-sector lending.

It has been found that the most serious and lasting damage may have been made to the quality of governmental workforces, with the system possibly viewed as being ‘broken’, future government and military employees just may not be attracted to these sectors.  The report says, “Government agencies and the military could find it hard to attract and retain the “kind of driven, patriotic Americans to public service that our citizens deserve and that our system of self-government demands.”