Virgin Atlantic has spoken out in a call to the UK government to take action to reduce immigration waiting lines, asking that its passengers receive the ‘welcome visitors deserve.’ The US airline spoke out following reports that waiting times for passenger processing through immigration had reached up to two and a half hours.

The airline say they have been ‘doing their bit,’ providing additional staffing and refreshments for queueing passengers, but they understand that their passengers are left ‘frustrated before they’ve even started their trip’ and are calling the wait times ‘unacceptable’.

Virgin Atlantic has experienced significant increases of up to 20% in traveller numbers to the UK, possibly due to increased opportunities to benefit from Sterling exchange rates, and events such as the Royal Wedding, but it operates 23 flights per day into London Heathrow and its meet and greet service is doing little to help ease and improve passenger experience.

The latest figures show that Heathrow’s UK Border Force sometimes falls far short of its commitment under its Service Level Agreement (SLA) to pass 95% of its non-EEA passengers within 45 minutes. There was just one day during July 2018 when this SLA was met.

With airports in other countries performing to a greater extent, there is a growing concern that this news about ‘unacceptable’ immigration processing times across the UK are poorly timed, particularly with uncertainty already surrounding the first half of 2019 as the UK prepares to leave the EU.

Although all aviation industry participants understand the importance of security and immigration in today’s current climate, questions are being raised and pressure placed on the UK government to streamline immigration processes as quickly as possible.

Passengers flying internationally from airports all over Australia and New Zealand, today faced hours of delays after a global passenger processing system experienced a failure.

In some of Australia’s biggest airports, personnel had to perform passenger check-in manually for three hours before the system came back online.

The Advance Passenger Processing System, known as APP, handles mandatory reporting of passenger data for all international flights, according to Australia’s Dept. of Immigration and Border Protection.

Similar systems are in use in other global regions, such as the U.S.’s Advance Passenger Information System, also widely in use in Europe, according to provider.

The systems are designed to meet mandatory regulations for the secure collection, storage and electronic transfer of international passenger information. Such information is sent in advance of flight departure to government and border agencies for security screening.

It has been confirmed that all systems were back up and running after three hours of outage, and appears to have been a global issue.

The National Migration Superintendent for Peru, Mr Boris Protozen and Richard Gil Kerlikowske, the Commissioner of U.S. Customs and Border Protection have signed a Memorandum of Understanding (MoU) to unite in the prevention of terrorism by agreeing to exchange secure flight passenger data.

The MoU, signed at the end of last month, highlights the commitment between the two organisations to fight to keep the borders of their countries, and flight operations secure. Under the Advance Passenger Information System, the Department of Homeland Security and CBP will receive secure data to allow advance passenger screening in real time.

Providers of Advance Passenger Information Systems (APIS) ensure that passenger data exchange occurs in a timely fashion to enable airlines and operators to adhere to strict mandatory conditions that surround the process, in terms of collection, storage and transmission of the data.

Peru joins an increasing number of countries around the world who are appreciating the benefits of monitoring the movements of persons of interest.

Following the recent attacks in Europe, the UK and Ireland have agreed that Advance Passenger Information (API) will now be shared for all travellers between the two countries.

With nearly 4.5 million travellers moving between London and Dublin last year, just on flights, the air route can be marked as one of the world’s busiest.

The move is welcomed by groups who have campaigned for greater attention to this route, which has been cited as a possible route for extremists to travel before moving on to other territory.

Frances Fitzgerald, Acting Justice Minister, said, “It is a critical issue, not just for Ireland, but for all member states that they are in a position to strengthen border controls through the sharing of information on suspect passengers prior to their travel from one jurisdiction to another.”

As terror threats continue to increase across the world, API provision is becoming a growing requirement, enabling governments and border agencies to screen passengers in advance of travel.

Providers of the Advance Passenger Information System, such as Rockwell Collins’ ARINC AviSec, ensure that aviation message handling is reliable, with guaranteed delivery and security.

The EU PNR transmission directive is in the news again, as EU parliament members are accused of ‘playing games’.

Earlier this year, the plans for the introduction of the EU PNR Directive continued to be hotly debated, yet the final drafts were agreed for the vote in the European Parliament. It has been announced that the plans are now subject to further delays following a mass vote against the initiative.

The announcement has created frustration amongst the lawmakers in Europe, who are eager to put an official plan in place to introduce what they are referring to as a ‘critical counter-terrorism tool’.

The controversy has arisen again around the breach of privacy of an individual’s personal information, as PNR data will be retained for airlines for five years, the first six months of which will retain personal identifying data.

This is not to say that information will be accessible by the public, but rather by a specially-created regulating body, specifically detailed to handle the sensitive information.

Passenger Name Records have been in existence for many years, originally being used to assist interlining passengers with baggage transfers. The new directive aims to use PNR information in a similar way to Advance Passenger Information, which is used to screen passengers in advance of international travel. 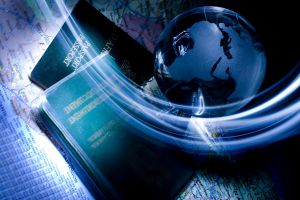 Switzerland’s Federal Intelligence Service (FIS) has said that there has been a significant increase in Advance Passenger Information (API) during the last four years.

Their report, published earlier this month, notes an increase from 9,000 to approximately 1.5 million passenger data transfers of information for the advance screening of travellers using the country’s airlines.

The FIS handles the data for the use of the prevention of terrorism, both physical and cyber, and now screens all passengers arriving in Switzerland from designated countries using both commercial and charter flights.

The handling of personal passenger data should be carried out according to international standards, often via APIS, a world-recognised and accepted form of transmission. Providers of the Advance Passenger Information System are closely regulated and monitored to ensure regulatory procedures are maintained.

Malaysia’s Home Ministry has announced plans for the implementation of a passenger screening system based on the current U.K. and U.S. Advance Passenger Information System (APIS) to upgrade current screening procedures.

With the growing threat of terrorist attack, and the recent bombings in Jakarta that killed eight people, the country’s officials recognise the benefits of advance passenger screening to prevent known extremists from entering the country.

A system known as the Advanced Passenger Screening System (APSS) is being discussed, and rumours are circulating that it could be developed with help from Interpol.

All over the world the face of airport operations is changing – from security to check-in – and operators are looking to the latest innovations in technology to further enhance efficiency throughout the airport environment.

The complex sector of IT infrastructure is not overlooked, as the self-service revolution intensifies and even more systems need to communicate with one another, and recognise biometric data of passengers and personnel.

The largest airport technology and systems providers are constantly updating their solutions to give airports exactly what they need to operate at the optimum efficiency. What is needed is a robust IT infrastructure to handle the millions of pieces of data that pass through airport systems every day.

The Jamaican Passport Immigration and Citizenship Agency (PICA) has announced the implementation of technology and improvements to facilities and services for customers has earned them entry to a shortlist for awards in this year’s Public Sector Customer Service Competition.

Part of the improvement program involved an introduction of Advance Passenger Information, which has greatly increased the efficiency of passenger processing in the country’s airports environments. According to Ms Lesline Chisholm, customer service director at PICA, the APIS upgrade has expedited passenger processing to the tune of an additional 200 per hour at Kingston’s Norman Manley International Airport, with Donald Sangster International Airport in Montego Bay increasing their rate by 400 more passengers per hour.

In addition, the installation of self-service kiosks has reduced the burden on personnel, leaving better resources to assist those passengers with special needs.

As countries all over the world look to make improvements to passenger processing and border security, the Dominican Republic now joins them as the latest country to subscribe to the Advance Passenger Information System.

Rockwell Collins are to provide a new border control system for the Dominican Republic in a new agreement that includes secure airport messaging and DCS integration.

Rockwell Collins’ ARINC solutions have long been at the forefront of airport security, with products that range from information management and IT integration to turnkey automated border security systems including eGates.