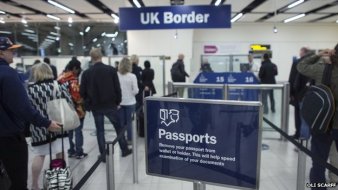 Virgin Atlantic has spoken out in a call to the UK government to take action to reduce immigration waiting lines, asking that its passengers receive the ‘welcome visitors deserve.’ The US airline spoke out following reports that waiting times for passenger processing through immigration had reached up to two and a half hours.

The airline say they have been ‘doing their bit,’ providing additional staffing and refreshments for queueing passengers, but they understand that their passengers are left ‘frustrated before they’ve even started their trip’ and are calling the wait times ‘unacceptable’.

Virgin Atlantic has experienced significant increases of up to 20% in traveller numbers to the UK, possibly due to increased opportunities to benefit from Sterling exchange rates, and events such as the Royal Wedding, but it operates 23 flights per day into London Heathrow and its meet and greet service is doing little to help ease and improve passenger experience.

The latest figures show that Heathrow’s UK Border Force sometimes falls far short of its commitment under its Service Level Agreement (SLA) to pass 95% of its non-EEA passengers within 45 minutes. There was just one day during July 2018 when this SLA was met.

With airports in other countries performing to a greater extent, there is a growing concern that this news about ‘unacceptable’ immigration processing times across the UK are poorly timed, particularly with uncertainty already surrounding the first half of 2019 as the UK prepares to leave the EU.

Although all aviation industry participants understand the importance of security and immigration in today’s current climate, questions are being raised and pressure placed on the UK government to streamline immigration processes as quickly as possible.