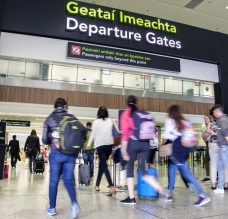 Dublin Airport has announced the busiest October for passenger handling since it was opened 77 years ago. The record-breaking figures show a 6% increase over 2016, at over 25.3 million passengers through its doors so far, this year.

The number of passengers in October were broken down as follows:

Dublin Airport is delighted with its increased passenger handling, and is enjoying a new era of development with its next-generation business hub, offering domestic and international connections. The airport is continuing to grow and expand, and its modern terminals offer passengers a relaxed environment where they can work, shop, eat and be entertained while waiting for flights.