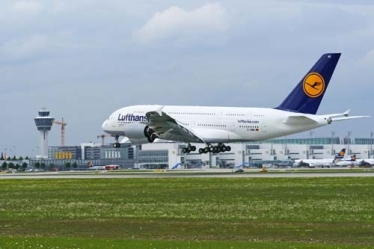 Munich Airport has welcomed Lufthansa’s decision to base five Airbus A380s at the airport, which it says will boost capacity for long-haul routes and is a ‘future-defining move.’

Dr Michael Kerkloh, CEO at Munich Airport said, ‘This is a big day for Munich’s competitiveness in the aviation industry. This now firmly anchors our status as one of the major hubs in Europe.’ Speaking about the collaborative benefits of working with Lufthansa, he added, ‘We are now reaping the rewards of the very successful partnership of Lufthansa and Munich Airport in the joint operation of Terminal 2 and the new satellite facility.’

The move, which expands on the previous announcement from Lufthansa to station 15 Airbus A350s at the airport, is expected to improve premium services for passengers using the European hub, and will begin during the 2nd quarter of 2018.