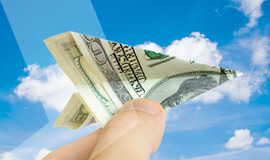 The Royal Oman Police have issued a warning to citizens wishing to travel abroad to ensure that passports due to expire within the next six months are renewed to avoid problems at their destination airport. At the moment, airlines take only the name of the passenger before the issue of tickets.

This follows repeated complaints from travellers to many countries that refuse to accept passports with less than six months before the expiry time. Although the rules are in place, travellers still neglect to renew, yet still complain.

The upcoming mandates for advance passenger information will soon be in place and passports due to expire will be recognised immediately and ticket issue will be denied in advance. According to official sources, 99% of travel agencies do advise passengers to check the dates of issue and expiry in their passports, but still the problem remains.

Advance passenger information systems are mandatory in the US and this trend is spreading across the globe as aviation security measures tighten. The API system enables governments and border agencies to track and monitor the movement of passengers across the world, and identify high risk passengers in time to perform additional security checks, whilst expediting low risk travellers. The system helps to streamline the passenger processing system and minimises ground delays and associated costs.

Once advance passenger information is in operation, passengers will be required to provide passport as well as personal details before travel. The expectation is that there will be an influx of passport renewals in the Oman, which is likely to cause severe delays within the system. Those wishing to travel are strongly advised to check their passports in advance.