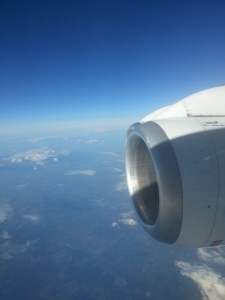 The Business Aircraft Operators Association (BAOA) have lodged their displeasure at the lack of policy framework for private operators and non-scheduled operators, blaming in part a shortage of qualified staffing for the DGCA’s downgrade by the FAA. They claim that the surprise checks and subsequent public observations ‘misrepresent the proven safety consciousness prevailing among NSOPs and private aircraft operators’.

BAOA secretary, Capt R K Bali said, ‘It is not fair to make Indian NSOP operators a scapegoat to showcase DGCA’s authority by subjective reporting of the observations during these inspections.’

The BAOA wrote to the Civil Aviation Ministry days after the DCGA grounded a business jet belonging to the Ambani Group, finding fault with several aircraft owned and operated by other corporate houses and charter companies.

The BAOA remain concerned that general aviation has and will continue to suffer due to the ‘complete lack of infrastructure, high taxes and specific policy framework’, adding that the ICAO had requested that India prepare a ‘roadmap for general aviation til 2036’, back in 2012.

“It is not understood why no follow-up action has been taken on this even after two years, while general aviation continues to suffer due to complete neglect of its infrastructural requirements,” Bali said.

A spokesperson for the DCGA has said that the private charter and business aircraft operators will be called for a meeting over the coming weeks to discuss their grievances and issues.