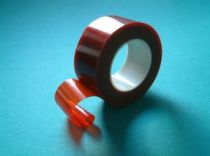 Concerns are growing for security chiefs about the increasing risk of potential terrorists being allowed to travel freely around Europe after the release and use of passenger data was blocked on human rights grounds earlier this year.

Cressida Dick, Assistant Commissioner of the Met expressed a warning that young men are able to fly to Turkey, hire a car and drive across the border into Syria. Her concern is that a ‘small number could fall under the spell of terrorists and return to Britain with deadly skills and motivation’.

Passenger data has been effectively used to identify potential high-risk passengers, alerting government agencies and border control before those passengers touch down at their destination. Supporters of the share of this data, referred to as Advanced Passenger Information (API) say that the information is critical to help track terrorists, people traffickers and serious criminals that regularly traverse international borders.

The system was developed after the terror attacks of 9/11 and is mandatory for passengers travelling to and within the U.S. and other parts of the world.

API is delivered electronically via the DCS of airlines. Providers maintain reliable, secure delivery and limited access to the information.

The Civil Liberties Committee of the EP claim that the passenger data storage system raises privacy concerns and critics are unhappy about the data being kept for five years, which could lead to passenger profiling.

As the EU Counter-Terrorism Coordinator points out that the numbers of fighters travelling to Syria is increasing, it has made a call to put airline passenger information availability back into practice, giving security officials the ability to track the movements of particular groups across Europe.

The head of MI5, Mr Andrew Parker, revealed that spies had observed ‘hundreds of people’ travel to Syria and added that some had indeed returned to the UK.

It is unclear how, when or even if, the use of passenger data may return to the forefront of aviation travel in Europe.