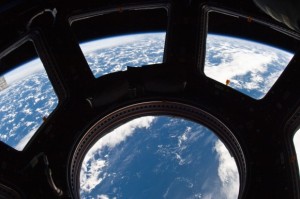 In-Flight Internet from Space may be here sooner than you think, as SatWest Communications prepare to test a temporary wi-fi hotspot in space on board a rocket.

Internet in Space will require an infrastructure to send messages and Mr Barnett is aware of the private sector demand for such technology, as well as Universities across the world.

The rocket will have aboard a satellite phone and an email device.  After launch in New Mexico, there will be a series of messages sent from high school students in Albuquerque – famous lines and quotes from space movies, to be exact.

Once receive by a Phoenix ground station, the messages will be relayed to the closest Iridium satellite to the rocket, which will be travelling at a maximum altitude of 112 kilometers, just past the edge of space.

Currently the International Space Station does have the facility to transmit messages to the ground via NASA systems and although in the experimental stages, the SatWest technology aims for a cheaper and simpler option with the permanent installation of wi-fi.