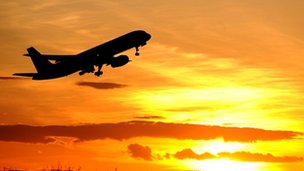 Should the public be concerned about the occurrence of Pilots falling asleep ‘at the wheel’?

Not according the the CAA, who say, “The evidence the CAA has is that the fatigue of crew is not a significant safety concern.”

This follows the release of data after a request to the CAA for ‘Freedom of Information’ revealed that pilots had dozed off during flights over London in June 2010 and June 2011, one having to be shaken awake after a colleague was locked out of the cockpit.

Pilots blame long hours and fatigue caused by unrealistic rostering, which is set to grow worse if the proposed change in European law is passed, expecting them to work extra hours and extend overnight flying.

Dr Hunter, head of flight safety at Balpa said, “A pilot falls asleep on the flight deck on a UK-registered airplane at least once in every 24 hours – and probably a lot more than that.”

This alarming statement is not backed up by figures, but with a two year prison sentence attached to falling asleep in the cockpit, Dr Hunter estimated that pilots would rarely report themselves, as they would be “writing the evidence for their own prosecution”.