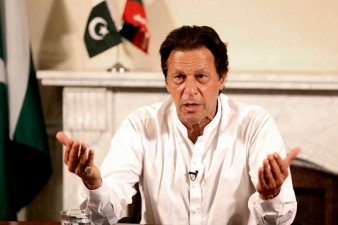 The historic VIP protocols granted by the Federal Investigation Agency in Pakistan have just been withdrawn by the new Government, led by cricketer Imran Khan this week.

Minister Fawad Chaudhry said on Sunday, ‘We have decided to strictly implement the decision to provide equal opportunities to all travellers without discrimination. We have seen that influential people used to seek assistance of FIA officials at airports, who accompanied them to promptly clear their luggage.’

The new changes have already taken effect, and from yesterday (26/08/18), FIA officials attempting to give preferential treatment to VIPs will now face ‘strict action,’ according to the Ministry.

In Pakistan, VIP protocols were historically granted to a wide range of people, such as politicians, senior bureaucrats, court judges, legislators, high-ranking military officials and even some journalists. The shake-up has been brought on by observations at Islamabad’s Benazir Bhutto International Airport, where reports were given of FIA officials, Civil Aviation Authority or Airport Security Staff clearing luggage, while VIPs relaxed in the dedicated VIP lounge.

The new Pakistani Government, led by Imran Khan has deemed these practices old-fashioned and damaging, which has led to the abolishment of the outdated process and introduction of the new, equal opportunity system, which will be strictly enforced.

The newly-built Islamabad airport notably has no VIP lounge or facilities, and all passengers follow the same check-in, baggage handling and processing system.