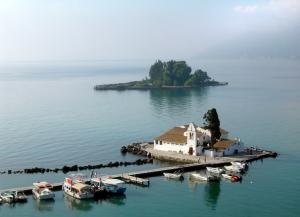 It has been announced that the sale of 14 regional airports in Greece, first agreed in 2015, has now been finalised.

The €1.3 billion deal was agreed in the final quarter of 2015 to Fraport and Slentel Ltd, and was signed yesterday by the Greek ministers for finance, transport and defence. Part of the agreement includes the concession that the Fraport consortium will ‘use, operate and develop the airports over a 40-year period.’

Within the first four years, the consortium will upgrade the airports, which include the sites on the major tourist destination islands of Mykonos, Corfu and Santorini, and will ‘maintain and preserve service levels for the whole duration.’

Greece will retain ownership of the facilities and infrastructure, and the consortium will pay a yearly lease figure of €22.9 million.