Today, Motorola Solutions announced its intention to release its groundbreaking Terrestrial Trunked Radio, commonly known as TETRA in the form of the next generation handheld device which will revolutionize the delivery of mission-critical communications, combining TETRA and LTE.

The new Motorola MTS4L base station enables, with the combined TETRA/TEDS and LTE, the choice of the user for when and where, (and even at which frequency), LTE can be added to their core operations networks.

Motorola hope that their new system will overtake the use of Smartphones, as their station will provide a secure environment for voice, data and video communications that can operate on public or private 3G/LTE and Wi-Fi networks.

The MTP6750 TETRA handheld, also has an impressive 5 megapixel camera, featuring Photograph and Intelligence Communications System (PICS), which will enable authenticated management of photographic evidence through a shared connection – incredibly useful for Police wishing to secure evidence or for a Doctor attending an emergency situation, for example, as is being used by Danish Health.

The uses for the Motorola technology are almost limitless; Police Vehicles (CPV) features integrated applications for key recognition functions, activating the TETRA radio with sirens or lights, technology for reading and recognition of license plates and video surveillance – all data-linked to share the information with the relevant network and for the delivery of mission-critical communications.

The combination of integrated applications with off-the-shelf hardware will make the Motorola TETRA Radio the must-have accessory for all personnel, agencies and departments in modern public sector services, rail and aviation operations for all mission critical communications. 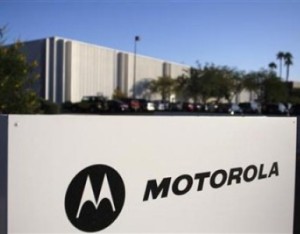